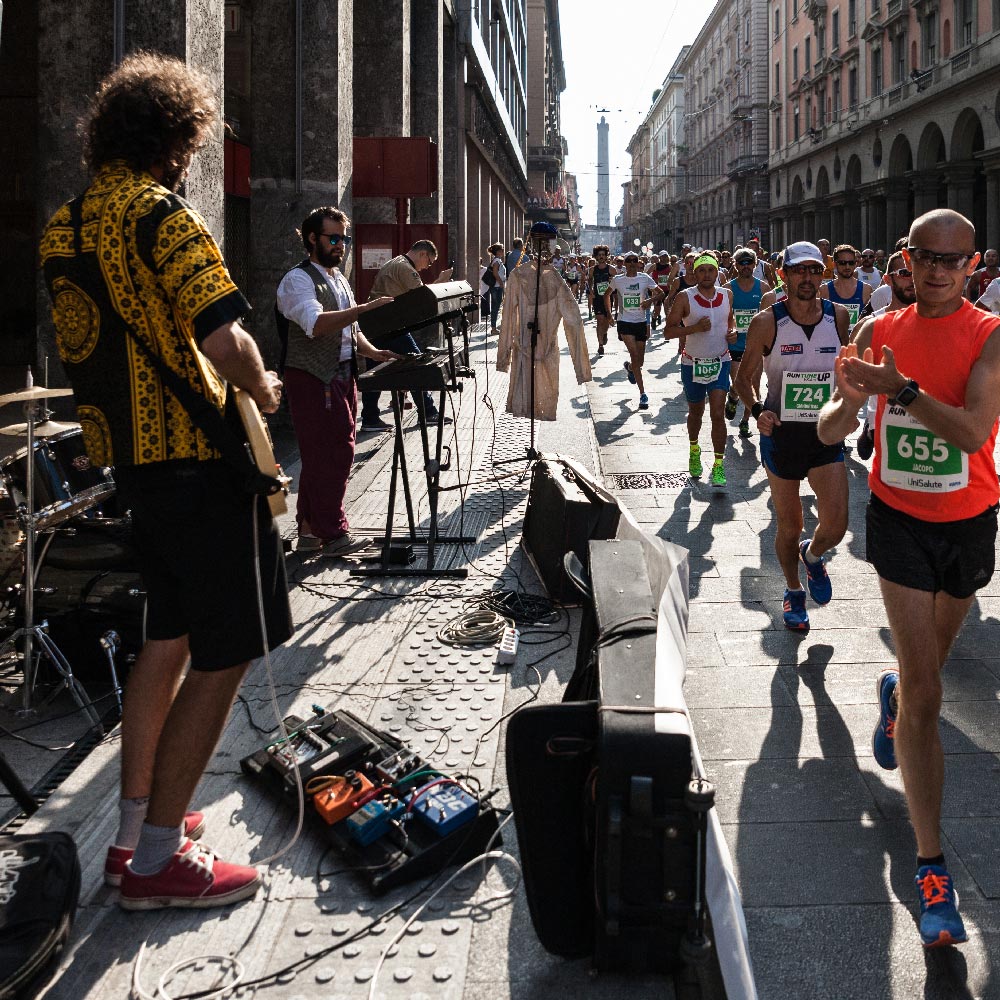 all along the race…

Beat-Bit Music School has launched a project for the development of SUONA BOLOGNA, the show dedicated to live music performance, which take place on the race course of RUN TUNE UP 2016/17/18/19.

2015 marked the beginning of collaboration between Beat-Bit Music School and AGEOP (Bologna’s association of hematology and pediatric oncology).

Commitment is active for the organization of events, workshops, in the fundraising promotion of the association, but focuses mainly on the raising awareness of young people as a support to the pediatric cancer reality, using music as a social amplifier.

SUONA BOLOGNA stands with its musical performances to this cause.

Beat-Bit Music School is sensitive and committed to the promotion of music within youth realilty in the Bologna area, with particular attention to artists who propose unpublished works as the result of their life path.

Bologna has always provided resources and unique energy in Italy, which unfortunately in the last few years have been unable to find communicative channels suited to the artistic needs of music bands. To determine a change, it is a must to first awaken the consciousness and the collective dignity of the musicians, and eliminate any individuality.